GymNation as director of marketing at the start of pre-sale for the first site. Already based in Dubai for 12 years, he brought with him a wealth of sports and fitness marketing experience from brands including Adidas, Reebok and Emirati satellite TV provider OSN, as well as freelance work in the gym sector. Lured by the chance to join a start-up, and already convinced of the need for affordable fitness in Dubai, he set out to create differentiated marketing in a UAE fitness market which had, he felt, “become stale”.

In a former life in private equity, Loren Holland invested in UK-based budget gym operator Xercise4Less. Moving from the UK to Dubai and looking for a gym to join himself, he was shocked by the universally high price tags; knowing the low-cost model well, he identified a gap to launch a value-based proposition in Dubai.

Frank Afeaki arrived in Dubai with hands-on experience of the fitness sector: his family had Crunch, UFC and Hard Candy franchises in Australia and he had worked in the business for five years. Arriving in Dubai with no job lined up, he couldn’t afford a gym membership and started to think along similar lines to Holland. So when the two met through their wives and started chatting over a few beers, they soon hatched a plan to launch GymNation. 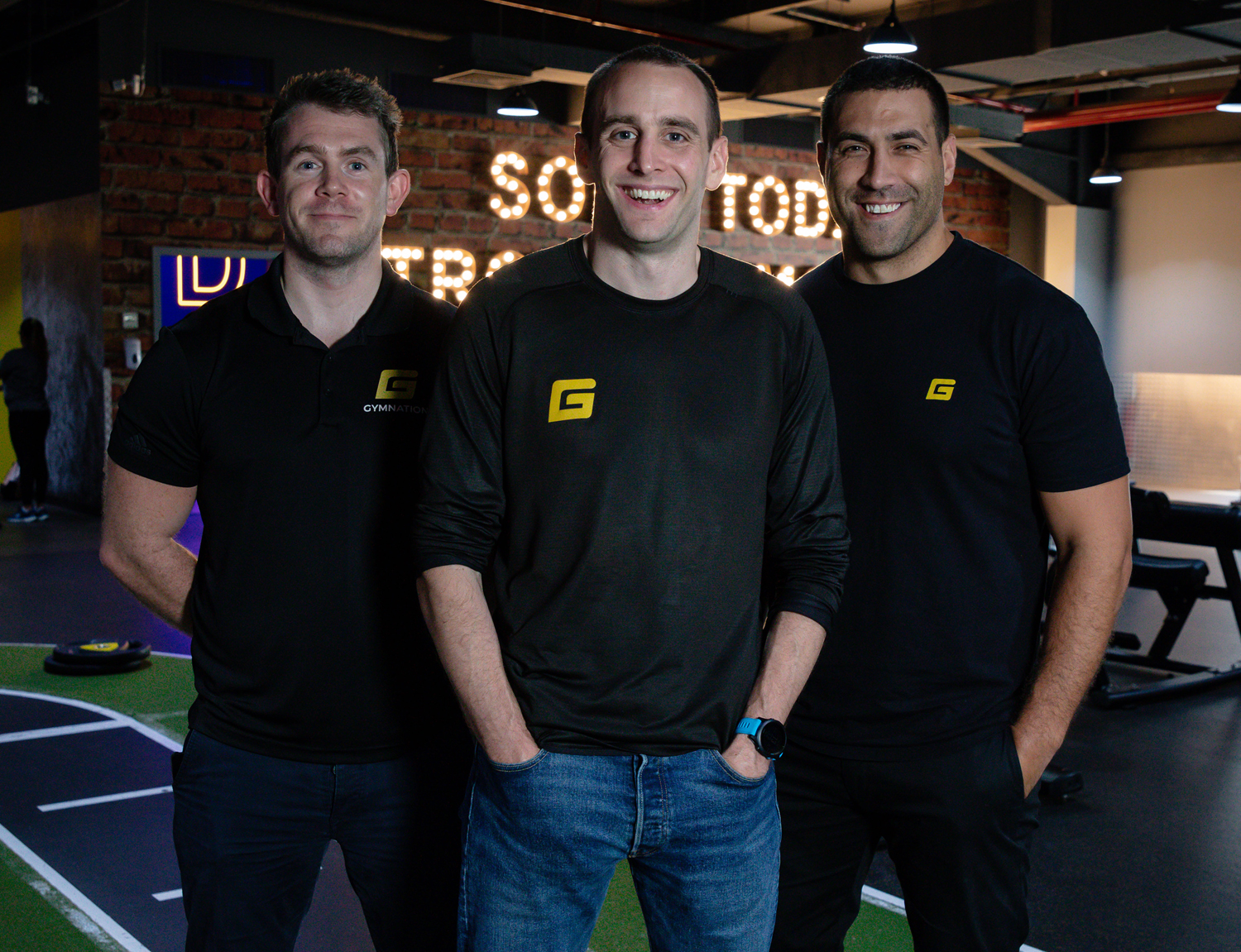 “We very carefully chose investors with a real estate background, intentionally staying away from anyone with a fitness background,” explains GymNation co-founder Loren Holland. “We knew that here, in the local market, people wouldn’t believe our model was possible, wouldn’t believe it could be executed, so we decided to stay away from anyone who might want to change the model or not properly buy into it.

“Our investors funded the first site on a commitment that, if site number one went well, they would fund a rollout. And we absolutely delivered on site number one, so those original investors are still with us and supporting our growth plans.

“Actually we over-delivered. We hit 10,000 members at our first club within a year of opening, and our second and third sites – Bur Dubai and Ras al Khaimah – are both going extremely well. They opened at the start of this year, in January and February, with 5,000 and 3,000 members respectively on day one. Typically we only need 3,000 members to break even, and it takes the pressure off when you hit that in pre-sale.

“We’re getting really, really high usage too: typically around 2,000 member visits a day, and 1,000 even on our quietest days. Across our three clubs, we’ve already celebrated our millionth member visit.

“Market penetration in the UAE is around 5 per cent at present, but we expect it to grow to 15 per cent in the next five years.”