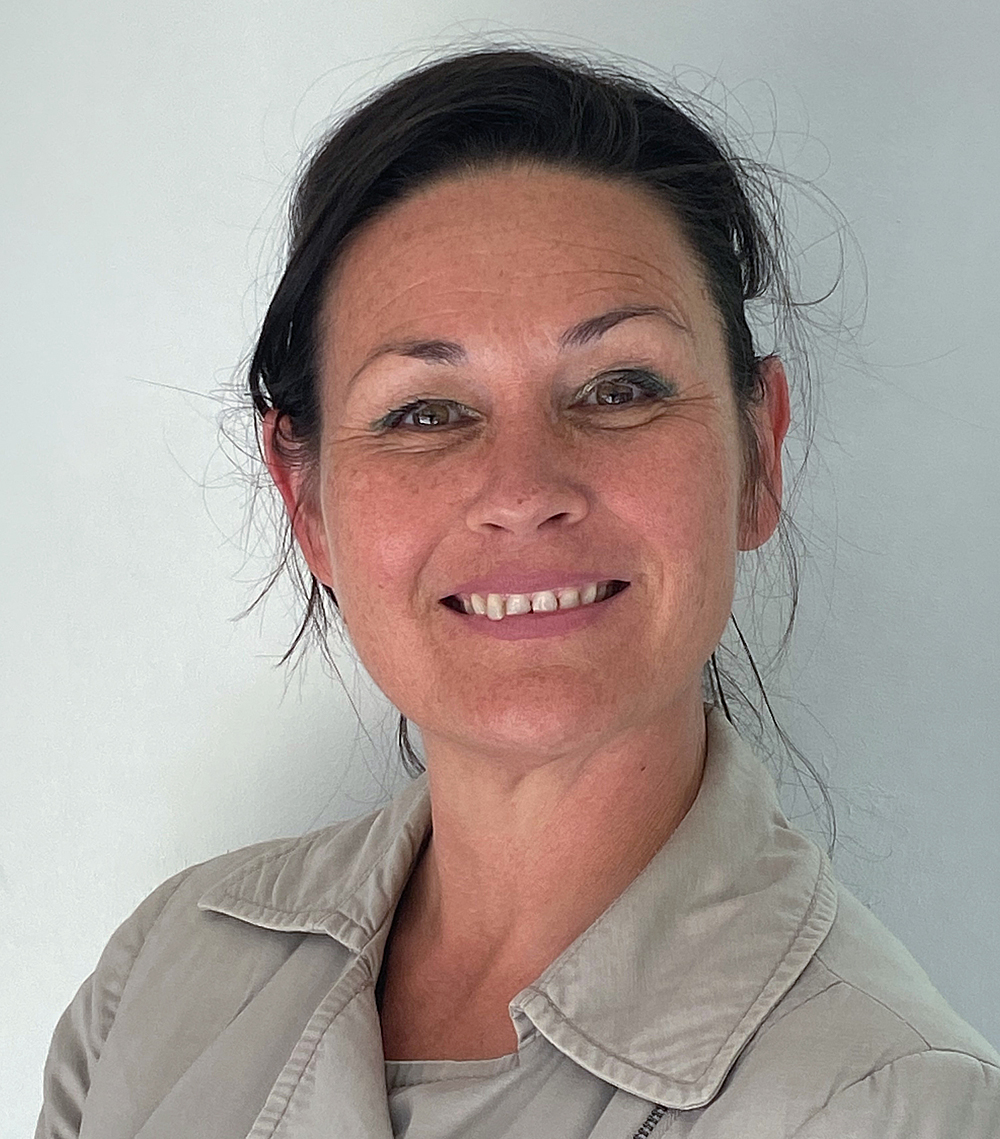 This is the perfect time for the industry to support people into healthier lifestyles through weight management programmes. We’re seeing a real recognition of the health benefits of being a healthy weight, with customers saying they want to lose weight to be in better shape to fight any illness, not just COVID-19.

Since 2012, Mytime Active has been running programmes commissioned by local authorities to help them target communities where lifestyle diseases such as high blood pressure, heart disease, diabetes and cancer were a big issue.

In the light of COVID-19, we’re adapting this to provide a fun, non-threatening product which will appeal to the deconditioned market, or people with a BMI over 30.

Our proprietary programme, Theory of Change, has four pathways to wellbeing: BeActive – moving more; EatWell – a balanced diet; BePositive – develop good self esteem and the confidence to make the changes you want and BeTogether – buddies to support you and confirm you matter to your community.

We don’t make false promises about shedding the pounds and inches as quickly as possible, but we do guarantee customers will feel better in themselves and be in better shape by the end.

In our programme in the Midlands, of more than 3,200 completers of a 16 week course, an average of 60 per cent achieved 5 per cent weight loss or more. Plus they had long-term improvements in self-confidence and overall wellbeing.

For operators wanting to move into this area, the digital shift during lockdown has to be applied to this product too, so you need to offer a hybrid programme. Secondly, it’s all about the aftercare: the support over the following six or 12 months is critical to getting customers to do regular exercise, build activity and good eating habits into their lives.

It’s all about the aftercare: the support over the following six or 12 months is critical
Dr David Unwin
GP, diet expert, author and speaker 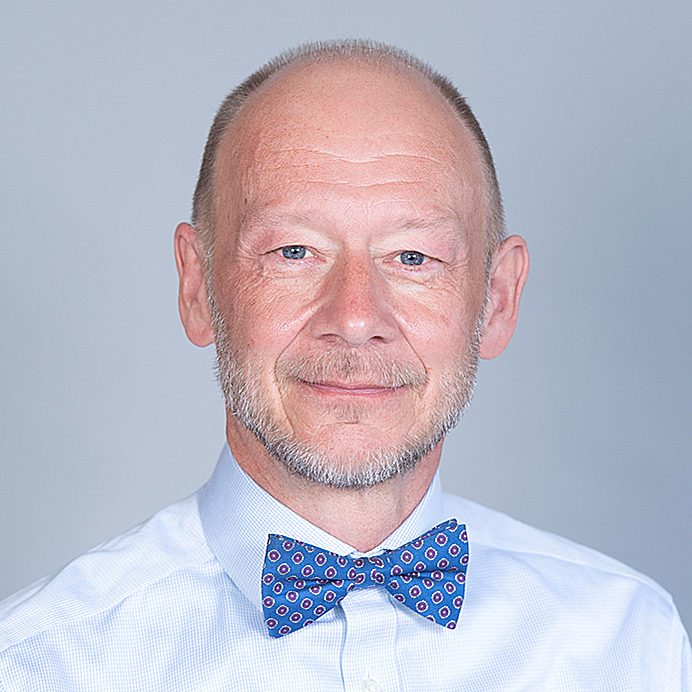 For 25 years, I nagged my patients to lose weight and used to despair when they didn’t, but once I understood physiology and nutrition, I became much more effective in helping them.

I’ve since had 360 patients who have each lost an average of 10.5 kilos and 98 patients whose Type 2 diabetes has gone into remission and they’ve been able to come off their medication.

I see obesity not as a calorie problem, but as a hormonal issue: you need to stop the body from storing sugar as fat and teach it to burn its fat stores. The secret to this is insulin regulation, which in my opinion can be best achieved with a low carb diet.

Insulin is the hormone produced by the pancreas to get rid of sugar in the blood. When we eat too much sugar it gets pushed by insulin into the belly and the liver, where the sugar is converted into fat, causing weight gain. Eventually this can cause disease – most commonly Type 2 diabetes.

If you have a few biscuits then your blood sugar goes up. Insulin then does its job and brings the blood sugar back down, but then you feel hungry and often crave sugar, so you have another snack and the cycle starts again. Meanwhile a lot of that sugar may be turned into fat.

Insulin also shuts off our ability to burn fat to access energy reserves and it stimulates appetite, so in our modern junk food environment when we’re always snacking, it’s easy to get caught in a vicious circle of being constantly hungry.

If you try to lose weight by cutting calories, but continue to eat sugar and high carb food, weight loss is hard work: you will always feel hungry and willpower alone won’t be enough to sustain it. What you need to do is break the cycle, by not eating sugary foods or the starchy foods that break down into sugar, such as porridge, rice, cereals and potatoes.

In our GP practice the key to weight loss is to reduce hunger by eating low carb and satiating foods, so the body adjusts to burning the fat reserves. The little bits of fat which break down and go into the blood to fuel cells as an alternative to sugar are called ketones, leading to the origin of the ‘keto’ diet.

It takes a couple of weeks for the system to adjust to burning fat instead of sugar and during this time it’s important to drink more fluids and eat a little more salt to avoid “keto flu.” Anyone on diabetic medication needs to be under the guidance of their doctor when following a diet which changes their blood sugars.

I’ve discovered both with so many of my patients and myself that if you eat a low carb or keto diet then you lose weight more easily and may keep it off for years. Partly because of less hunger I find we get results which are easier to sustain. Other advantages are mental clarity, improved energy and speaking personally I need 90 minutes less sleep a night!

I’ve had 360 patients who have each lost an average of 10.5 kilos and 98 patients whose Type 2 diabetes has gone into remission
Duncan Jefford
Everyone Active 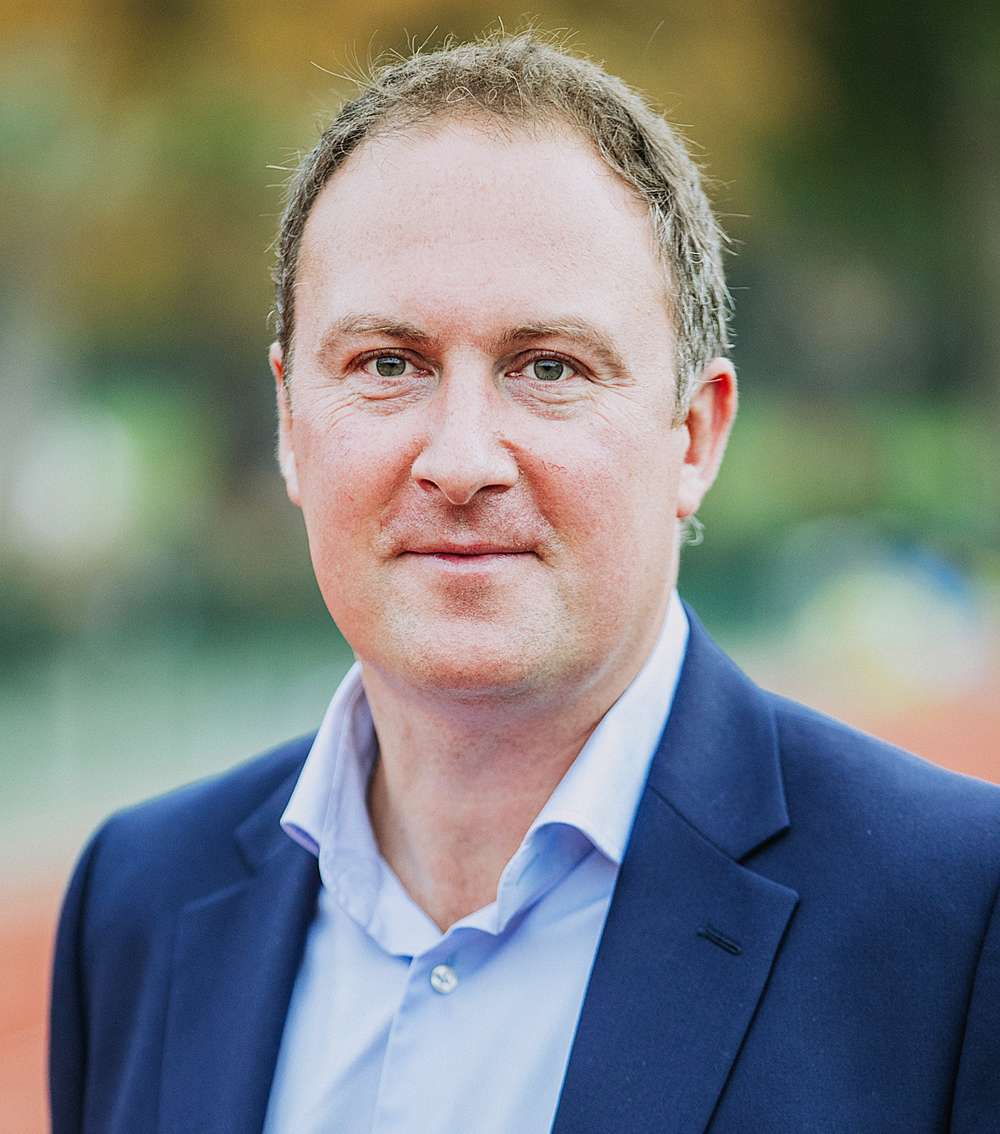 Jefford anticipates a 10 per cent takeup of the weight management programme by members / PHOTO: Everyone Active

People have now realised health is wealth and are respecting the need to be active and healthy.

To respond to the expected increased demand for weight management advice, Everyone Active has collaborated with WW (Weight Watchers Reimagined) to offer a 360-degree solution to mental and physical wellness.

The partnership will give both WW and Everyone Active members a substantial annual saving on memberships at our leisure centres as well as the myWW+ app, while WW will also be hosting weekly workshops at many centres, with attendees able to take advantage of special activity sessions.

Those embarking on the programme will receive personalised nutrition plans, workshops (virtual and live) to sustain motivation and track progress, 24/7 live coaching to address challenges, recipes and workout plans, a gym membership, goal and activity tracker, access to Everyone On Demand, sleep and hydration tracking and access to the Headspace app (via WW) and Mindshine app (via Everyone Active), as mental health is crucial to starting any wellness journey.

Now centres are open again, we’re expecting to see a cross-customer uptake of 10 per cent, as well as attracting new customers to both brands to benefit from the dual offer and from having the ultimate support package. 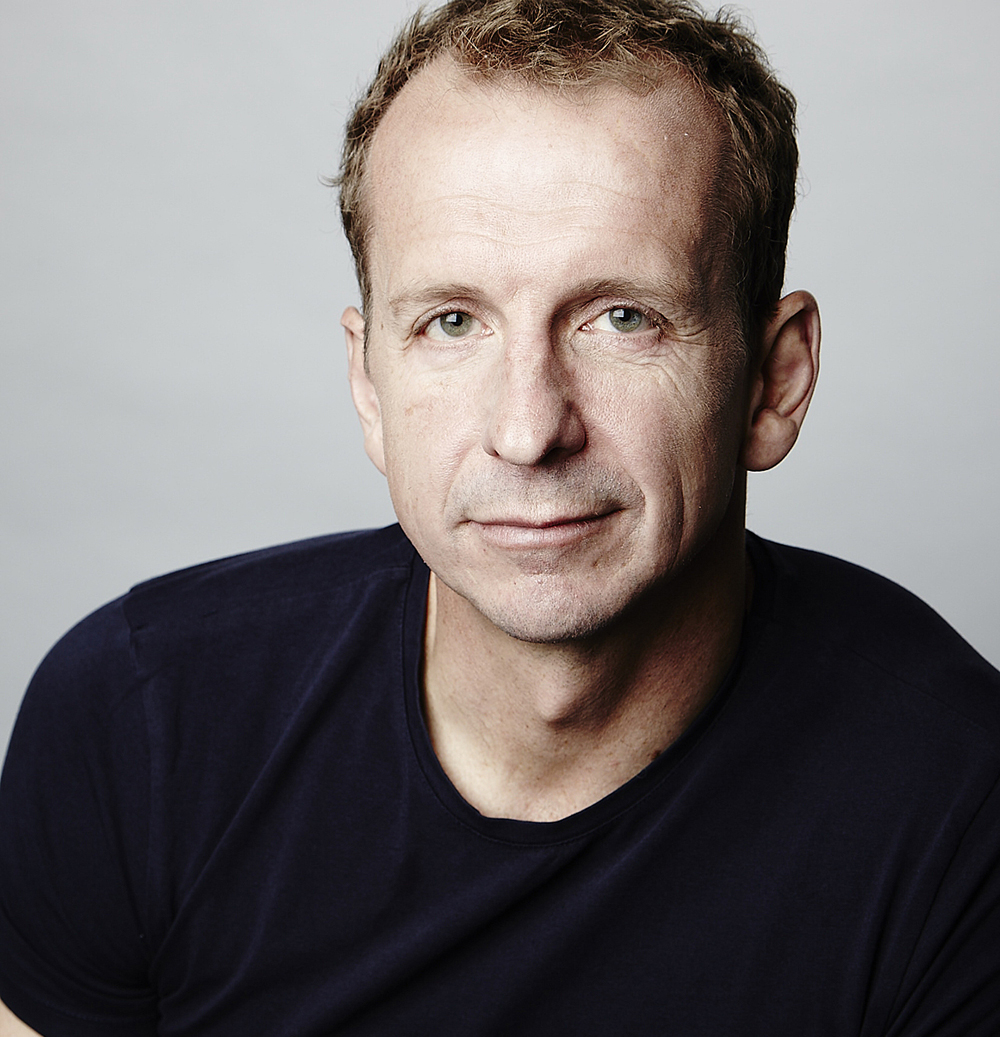 Obesity and being overweight is a complex bio-psycho-socio-cultural disease which requires a multifaceted approach to its prevention and treatment. There is no one single or simple solution to addressing this challenge. The belief that changing a single possible cause in isolation is misguided and doomed to failure.

While there is a highly vocal movement laying the blame solely at the door of diet, this blinkered approach fails to recognise the complex nature of obesity and, as a result, is unlikely to be successful in situations where people want to control weight gain in the long-term.

Physical activity in isolation is also unlikely to provide a sustainable solution. We must take a comprehensive, multi-sector approach, addressing the range of bio-psycho-socio-cultural factors, if we are to be successful in addressing one of the most pressing public health problems facing society.

Accordingly, the leisure and fitness sector must look to provide a service which encompasses all aspects of this complex issue through collaboration, education and training.

The promotion of physical activity goes well beyond weight management and is linked to a reduction in all-cause mortality and improved quality of life, however, understanding the complex nature of obesity and the parallel service required to deliver success, is important in the delivery of services which will support, rather than alienate, clients.

The COVID-19 pandemic and recent data published by NHS England have highlighted the urgent need to address this issue.

There’s no doubt the sector should play a central role in the prevention and treatment of obesity and to make this a reality, operators must target the provision of appropriate facilities, specialist classes, skilled staff and a multi-agency, collaborative approach. 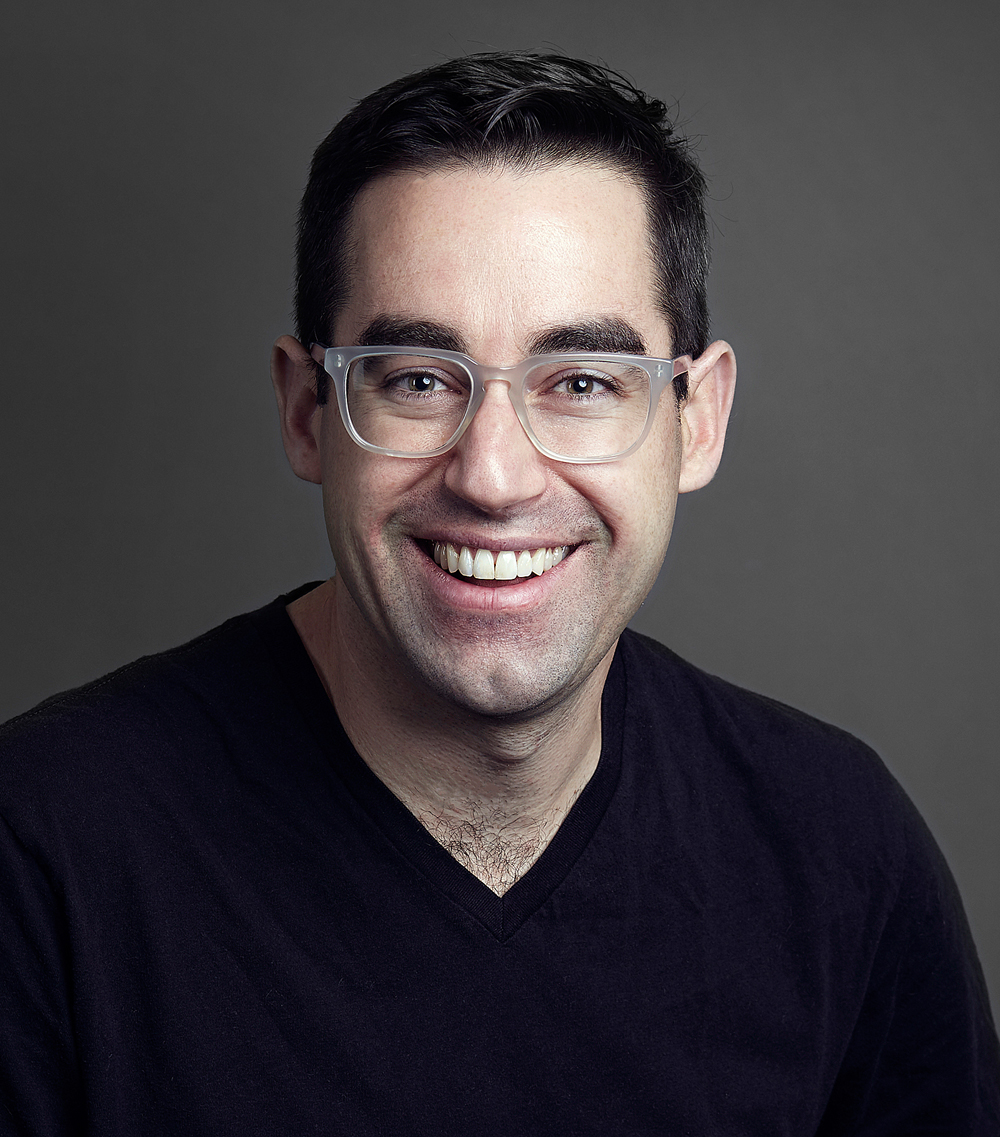 Crowe says the aim is to achieve the multi-dimensional thriving of the whole person / PHOTO: Precision Nutriton

Everyone knows they should eat healthily and exercise, but many well-intentioned people fail to follow through on this.

We teach coaches to find out the problem behind the problem. Where does the individual need most help? What are they already doing well that can be built on?

These answers help us decide where coaches should focus. It could be nutrition or exercise, but it could also be sleep quality, stress levels or mindset. Each one can improve the others and multiply the ability to make progress.

The Precision Nutrition Level 1Nutrition Certification is designed to educate students not only on the science of nutrition, sleep, stress, movement and recovery, but also the art of behaviour change coaching. These psychology concepts and coaching methodologies help create sustainable change for clients.

In the wake of the pandemic, we’ve partnered with the American Council on Exercise to extend the reach of our coaching methodology and create a new generation of coaches who will meet clients where they are and help them change their behaviour and establish personal systems which support a new healthier and sustainable lifestyle.