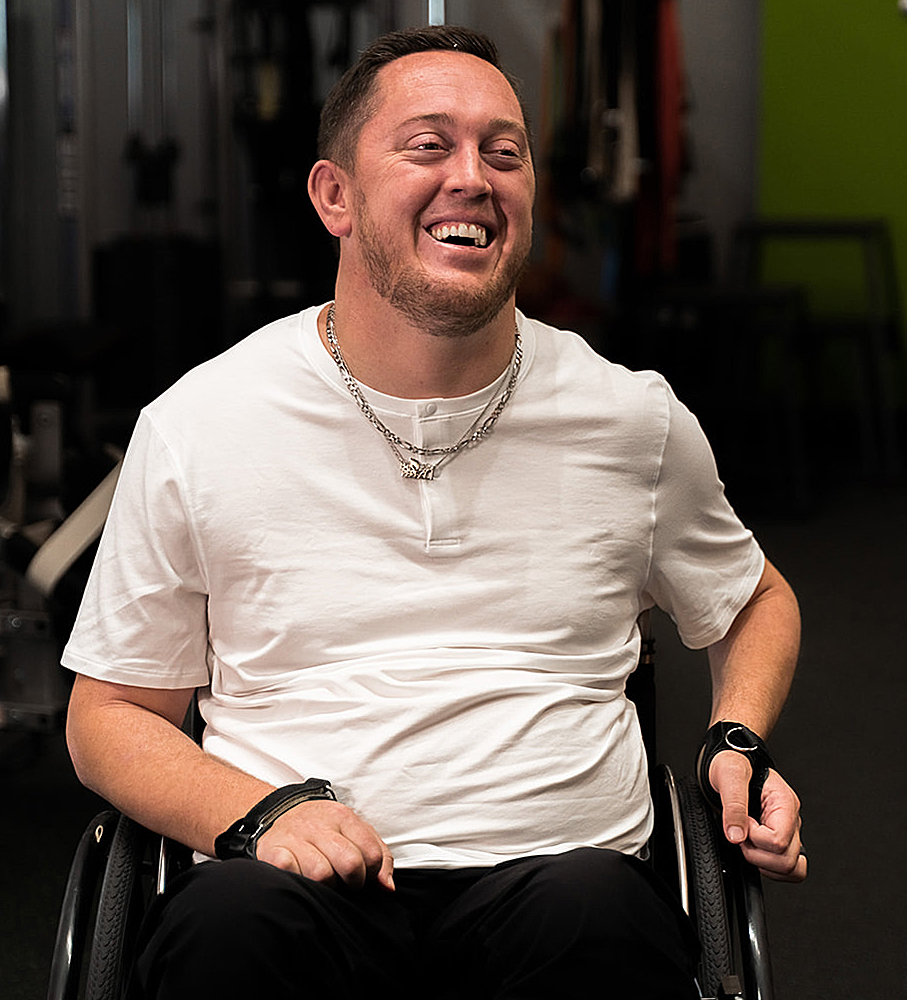 After the sale of The Claremont Club in August 2020, The Perfect Step Foundation, headed up by Hal Hargrave, relocated to a brand new 7,000sq ft site in Pomona, California. The new site allows for more space to expand services and the addition of further therapies including mental health support, chiropractic and acupuncture.

The Perfect Step Foundation leverages the latest data and discoveries to push the limits of what is possible for people living with paralysis, in order to help individuals live their healthiest life, with fewer secondary complications, increased independence, fewer or no medications and a better mindset.

All exercises are performed out of the wheelchair to build strength: the body responds to the stimulation of weight-bearing and sensing gravity.

The science of Patterned Neural Activity Recruitment is used to reorganise the nervous system and/or rebuild pathways in the brain to get more tangible outcomes than traditional therapy. “Essentially, we are trying to re-create functional movement patterns over and over again to promote neuroplasticity,” says Hargrave.

He also stresses the importance of physical activity in maintaining the health of the individuals he works with. Although they can never guarantee they can help people to walk again, he says 80 per cent of The Perfect Step clients regain some sort of function below the level of their injury.

“What we do guarantee is that for those who are committed to our programme, their recovery and an exercise regimen, they will get more healthy and reduce their secondary complications, while increasing quality of life and independence,” says Hargrave.

“You will not find a bigger believer in the notion that exercise is the most powerful form of preventative medicine in the world,” says Hargrave. “Through exercise all my secondary complications have been reduced because of the components of load-bearing being able to keep my bones strong, circulation efforts which reduces my susceptibility to blood pressure issues and blood clotting, as well as moving urine out of my bladder to ensure less likelihood of bladder infections and exercise which promotes muscle contractions, thus putting more fat on my body to prevent pressure sores and joint stabilisation while reducing my pain.”

The programme is currently engaged in a multi-year IRB-approved medical research study conducted by Kaiser Permanente, to assess the impact. The results will be used to help fight for legislative reform.

The Perfect Step has also launched a programme to train others to become Certified Paralysis Recovery Specialists. To undertake the training, candidates need to have a four-year degree in relation to the human body, such as sports science, human biology or exercise physiology. 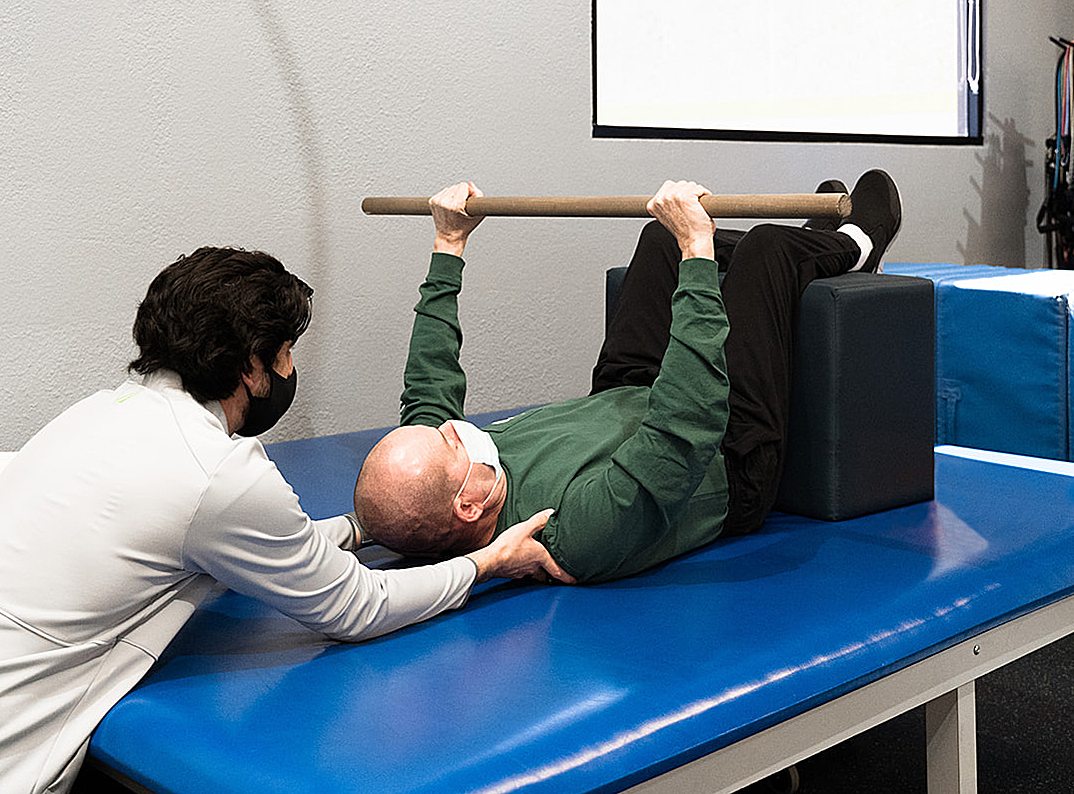 The team gives one to one support / photo: the perfect step
About the Be Perfect Foundation
Hal Hargrave Jnr

The Be Perfect Foundation is a non-profit organisation with a mission to provide financial and emotional support to people living with paralysis. It works with The Perfect Step Foundation and The Claremont Club.

Be Perfect has changed the lives of hundreds of people with paralysis by keeping them in recovery, purchasing medical necessities and providing guidance and emotional support.

Hal Hargrave created Be Perfect in 2007, just a few months after he suffered a life-altering car accident that left him paralysed from the neck down.

To date, the foundation has raised more than US$6m for people with paralysis.

Be Perfect helps paralysis patients get back into the game of life. This is made possible through the partnership of Be Perfect, The Perfect Step and The Claremont Club. Each of these organisations is key to making recovery possible.

To provide direct financial and emotional aid for individuals living with paralysis by providing resources, paying for medical expenses, restoring hope and encouraging personal independence through a non-traditional method of exercise-based therapy.

To live in a world where paralysis does not financially burden families to the point of emotional turmoil and physical distress and where a lack of both hope and resources does not exist.

Be Perfect promotes a holistic, exercise-based therapy approach to recovery, offering scholarships for activity-based therapy at The Perfect Step to qualified recipients. The charity also provides supplemental funds to those who can’t afford thing such as wheelchairs, car adaptations, medical bills, daily medical necessities and financial assistance for outpatient therapies. 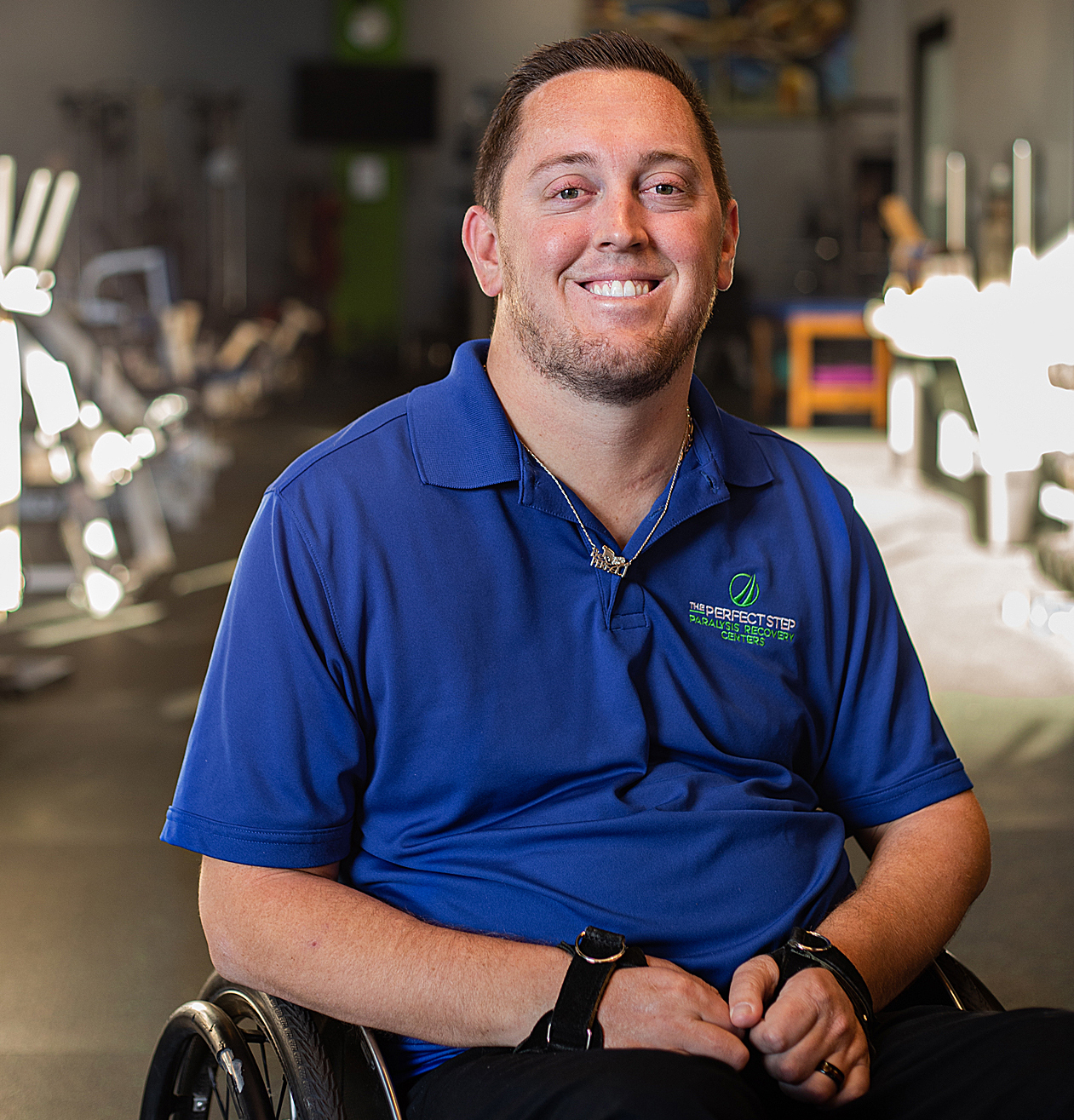 Hal Hargrave has been the inspiration for incredible progress in exercise for spinal injury interventions / photo: The Perfect Step