A grand scale 360˚ show, set in the 11th century, that follows the incredible exploits and epic tale of ‘El Cid’, Don Rodrigo Diaz de Vivar. The deeds of the Castilian knight inspired future generations with his extraordinary feats, military prowess and commitment to honour.

A Pluma y Espada (By Feather and Sword)

Enjoy a light-hearted swash-buckling adventure in which Spain’s Golden Age poet, Lope de Vega, discovers that all is not as it seems.

Step back in time to the year 939 and the Caliphate of Cordoba, and gaze skywards when a truce between the Count Fernán González of Castile and the Caliph takes the unusual form of a duel of falcons and an aerial dance performed by hundreds of birds of prey.

Allende la Mar Océana (On the Other Side of the Ocean)

The year is 1492 and it is time to embark on an epic journey with Christopher Columbus. Puy du Fou España takes you on an immersive experience, starting in the port of Palos, before boarding the ship and setting sail through an undiscovered sea towards the west. 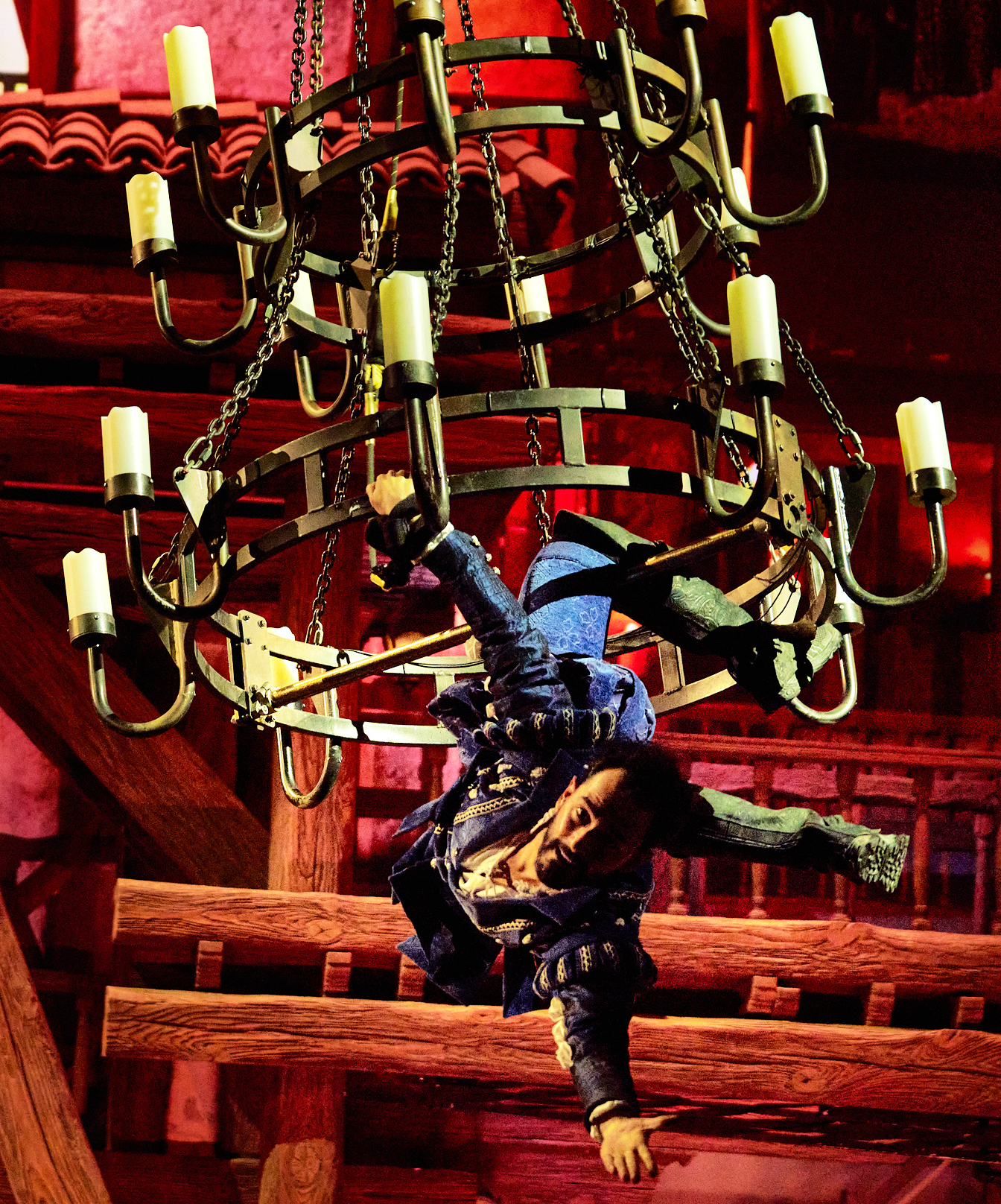