● £12m of financial support and in-kind sponsorship given

GLL has supported athletes since 2008, medalling at three Games to date 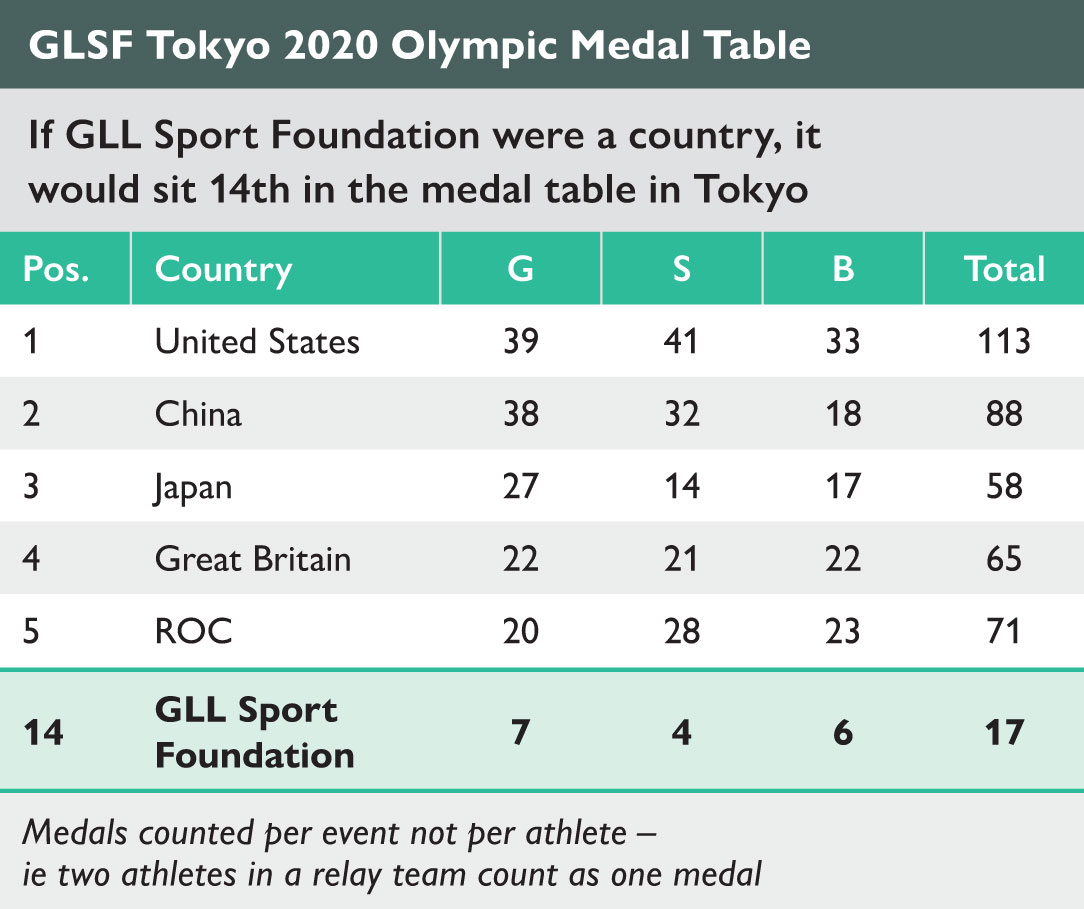