The three main exhibition areas of the Shanghai Astronomy Museum are: ‘Homeland,’ ‘Universe,’ and ‘Journey’. There are also special exhibition areas including: ‘China Explores the Universe,’ ‘Curious Planet,’ and ‘Heading to Mars’.

The ‘Homeland’ exhibition is what visitors first encounter. They are immediately immersed in a realistic starry sky via one of the world’s most advanced optical planetarium projections. As they stroll through this section, their learning deepens as do their questions. This is followed by the ‘Universe’ area which is oriented to higher learning levels and has more interactive exhibits. It is divided into five sections: ‘Time and Space,’ ‘Light,’ ‘Elements,’ ‘Gravity,’ and ‘Life’.

Finally they reach the ‘Journey’ area, which as the name suggests, offers a panoramic view of the long journey of mankind to explore the mysteries of the universe, from ancient times to modern astronomical discoveries, as well as research projects and achievements from around the world today.

The guiding concept for the overall exhibition design was, “We are not writing a textbook, we are creating an experience.” The exhibits were developed to make complex content and information easily accessible to visitors of all ages. Exhibition areas provide spaces for real observation, as well as simulations and experiential interactive programming. The museum guides visitors through the learning principles of “SEE-DO-LEARN-FEEL” to gradually build their understanding of the universe.

Of the 300-plus exhibits, 85 per cent are original and more than 50 per cent are interactive. They consider the needs of visitors at different levels. 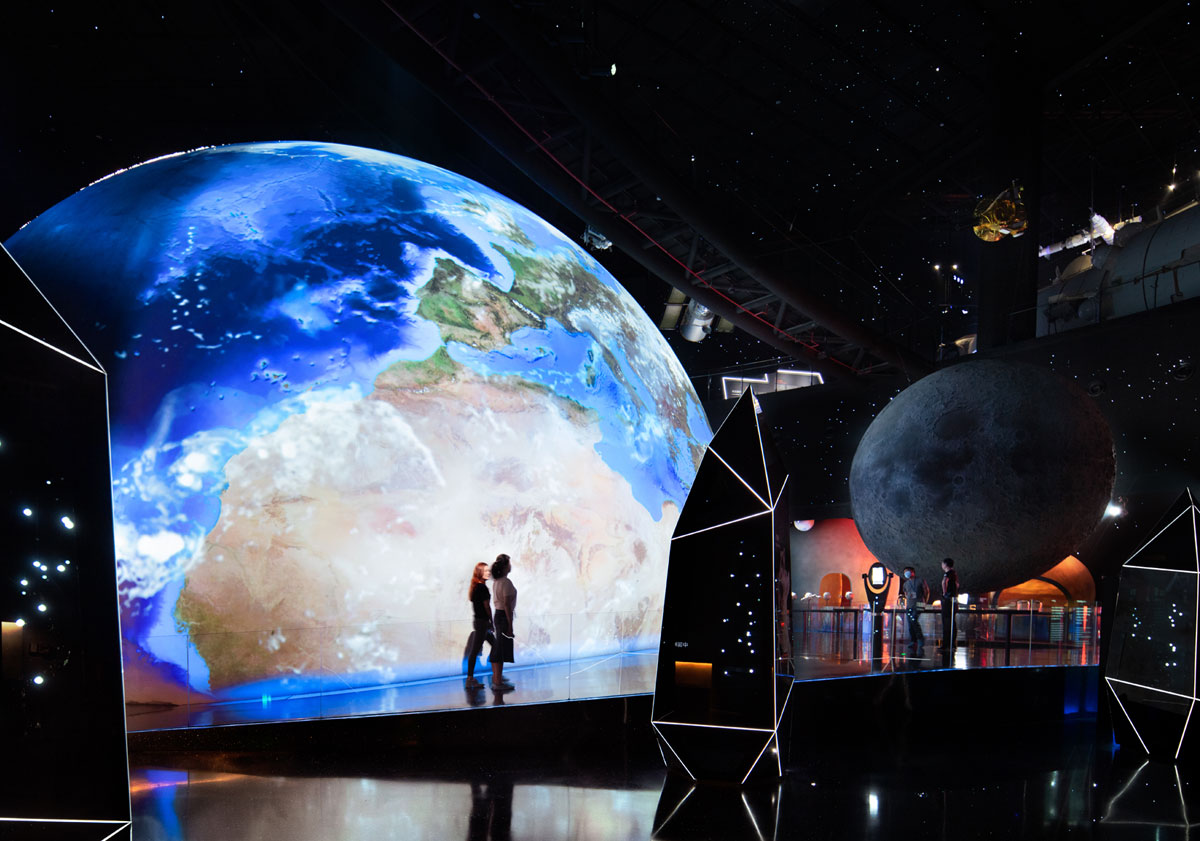