The origins of the freestyle
Swimming has never been ‘all white’

Swimming has long been thought of as a white sport but right from the conception of the strokes, swimming has been ethnically diverse.

In 1844, the British Swimming Society invited the two men, Wenishkaweabee (Flying Gull) and Sahma (Tobacco), of the Ojibwe people from Canada to swim a race in London. Their swimming style was different from anything they had ever seen before and much faster.

Instead of being wowed by their impressive times, the British press found the swimmers’ movements to be “totally un-European,” and “grotesque.” One paper reported that the Ojibwe men “thrashed the water violently with their arms, like sails of a windmill, and beat downward with their feet, blowing with force and forming grotesque antics.”

So even though the revolutionary style of Flying Gull and Tobacco was considerably faster, it was not copied and British swimmers continued paddling along in their accustomed manner.

Yet this revolutionary advancement was really centuries old. The original inhabitants of the Americas, West Africa and some Pacific islands had been using a version of front crawl for generations.

It wasn’t until three decades later that John Arthur Trudgen, a British swimmer, took the prize for the 100-yard race in a major British swimming competition, using a stroke that combined the arm movements of the front crawl with the frog kick of the breaststroke. He had learned to swim the new style in Brazil and combined the speed of the front crawl’s arm movements with the accepted breaststroke kicking style. His stroke was less “un-European” and his time to cover 100 yards was 1 minute and 16 seconds.

Trudgen began teaching others the new arm movement and even though swimmers continued using the frog kick of the breaststroke, the overhand arm action gave them significantly more speed and power.

Using the Trudgen stroke – as it came to be called – swimmers whittled the record for the 100 yards down from 70 seconds to 60 seconds. 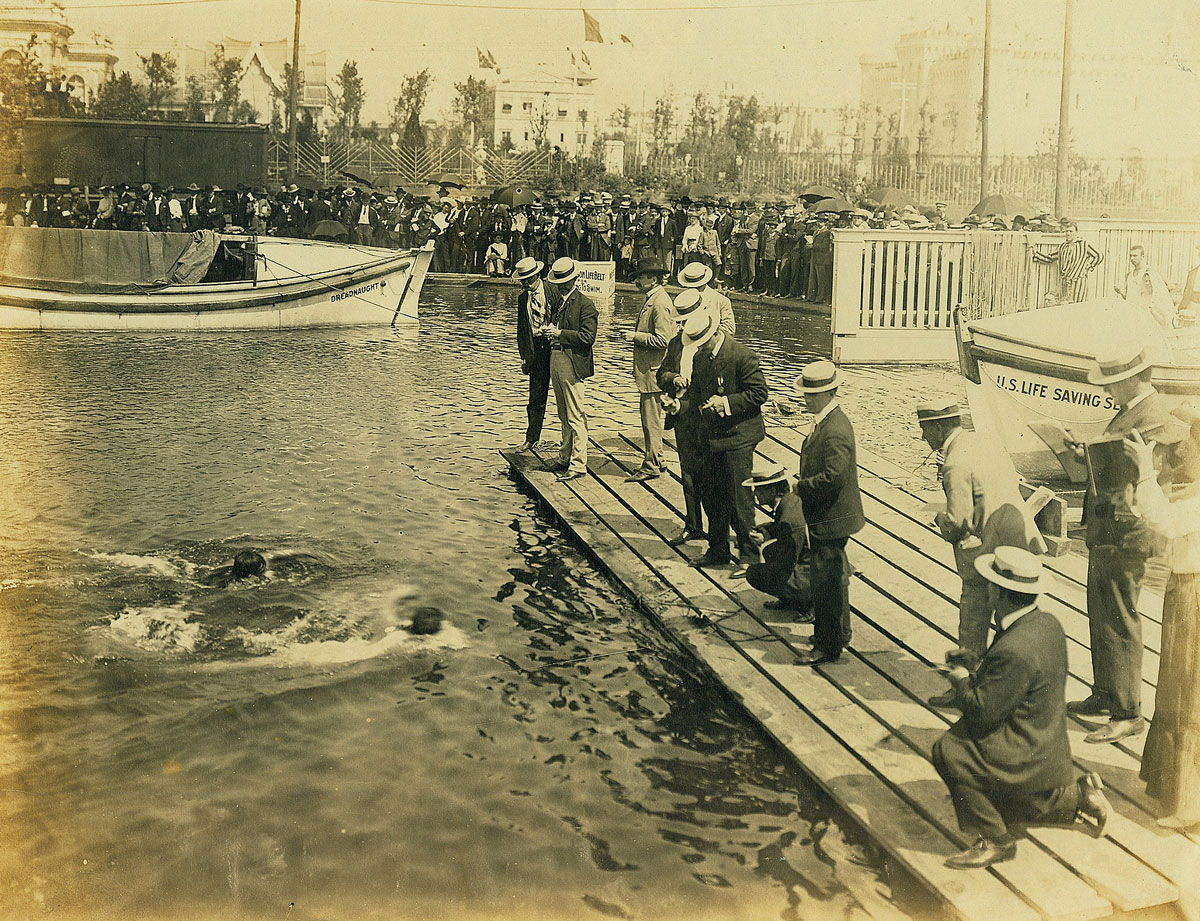