Two therapists and a hair stylist work on the face, hair, hands and feet simultaneously

Four-handed massage in a dedicated suite 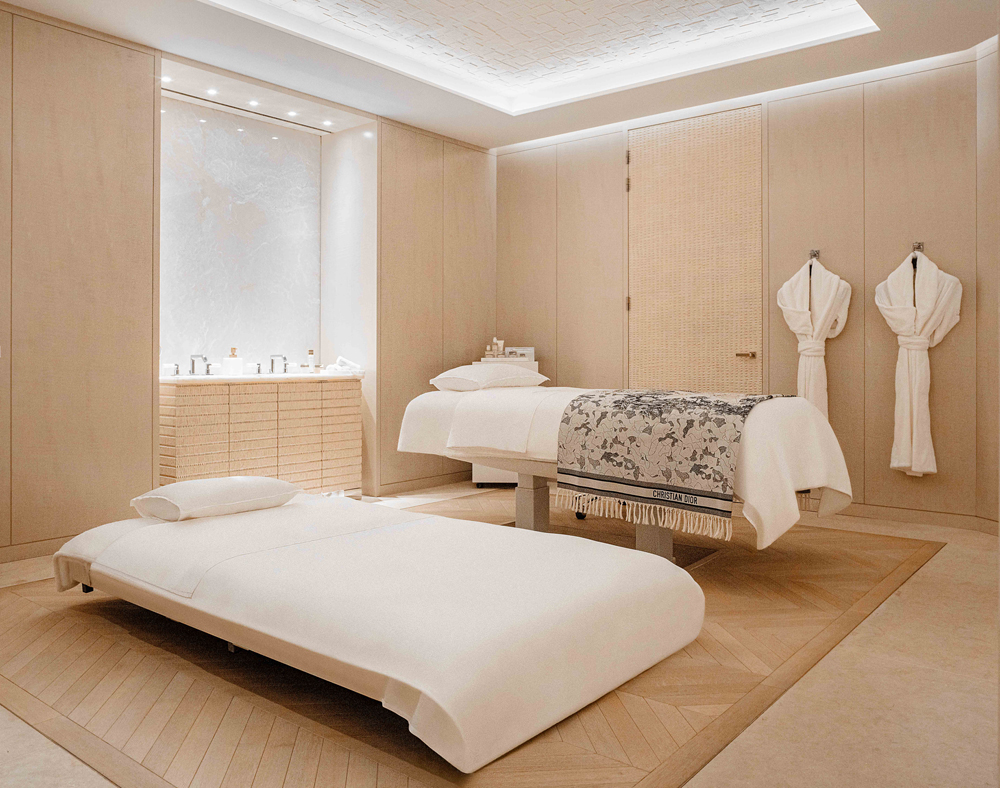 • Signature Treatments – €220 for a one-hour Couture Dream to €560 for a one-and-a-half-hour, four-handed Sensorial Choreography experience

• Sapphire Crystal Micro Abrasion facial is €260 for an hour’s treatment and €360 for one-and-a-half hours, while a 30-minute booster treatment costs €150

• Exceptional Treatments – Dior Prestige High-Precision, L’Or De Vie Miracle and Dior Prestige Ultimate – for face and body treatments up to two hours – are priced from €350 to €450

• Happiness Shots are priced from €90 for a Hot Quartz Ritual to €150 for a 30-minute, body-specific Sensorial Awakening

• World Massages include Shiatsu, Thai, Ayurvedic and Tui Na techniques, priced from €240 for one hour to €310 for one-and-a-half-hour treatment

• Happy Occasions packages start from €530 for the three-hour Sports Transformation to €915 for a five-hour Grand Ball massage, facial, hair styling and make up treatment in the couples’ Bonheur suite 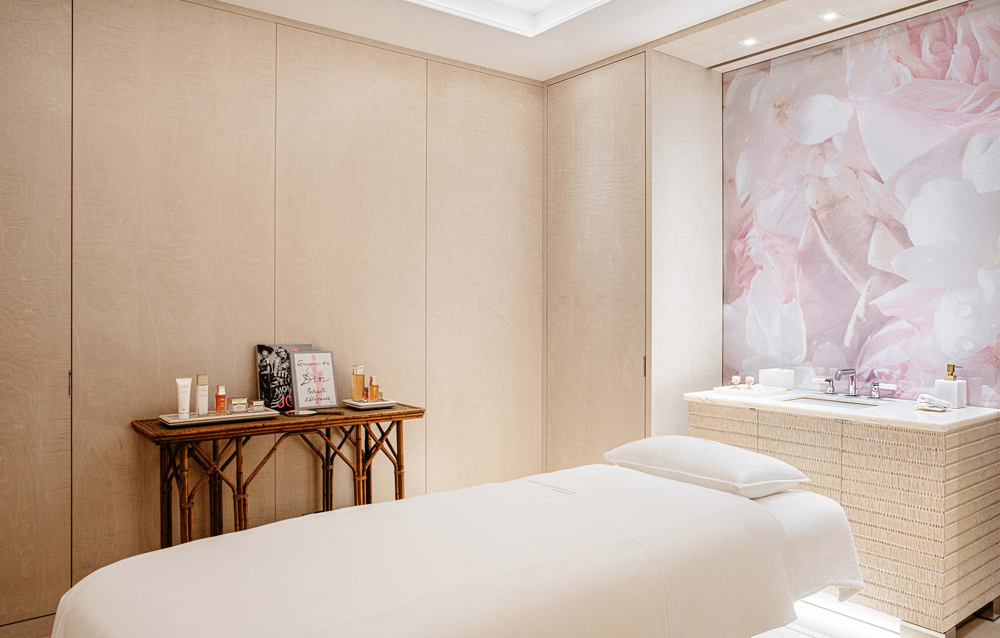 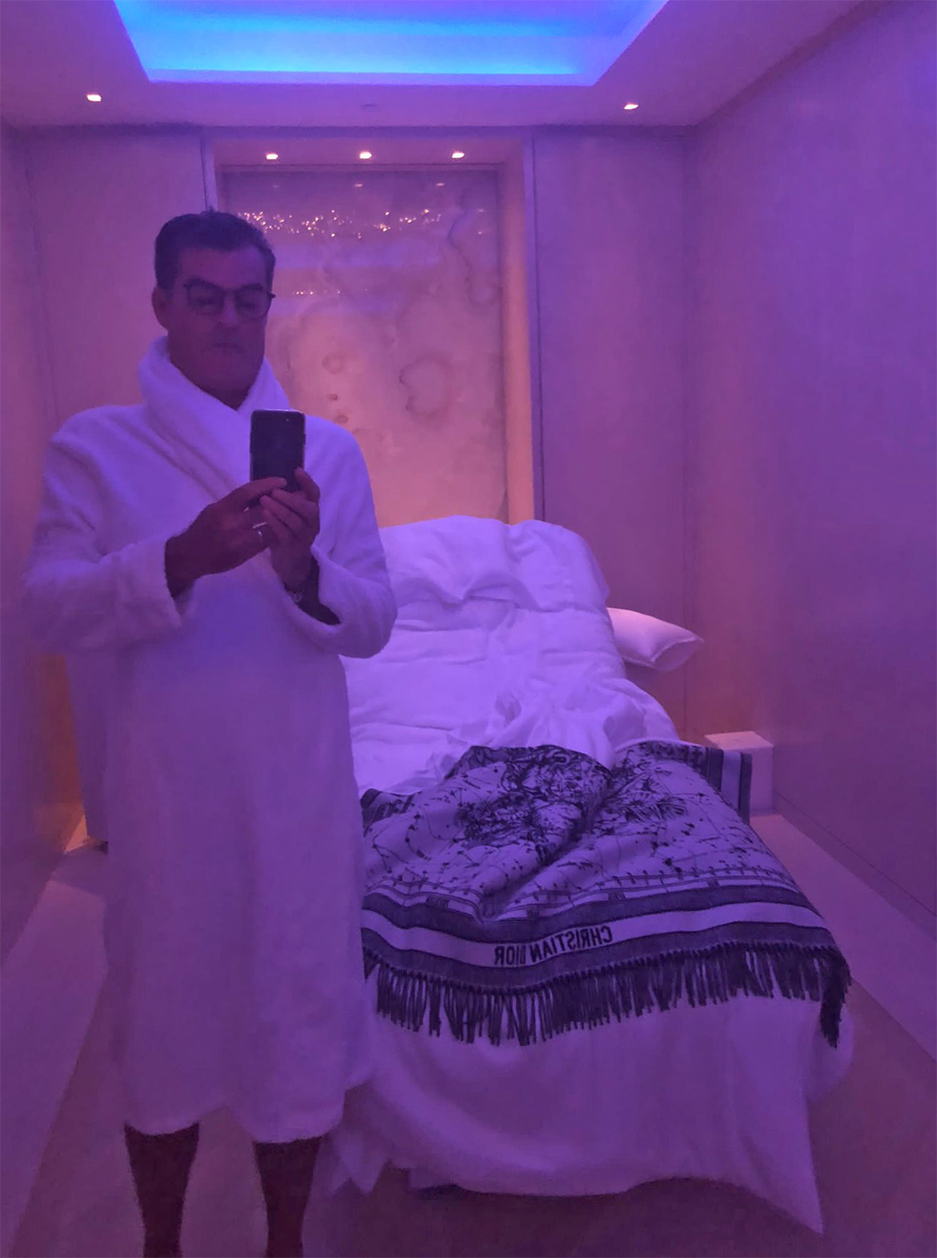 From the warm welcome I received from the beauty ambassadors as I stepped into Dior Spa Cheval Blanc Paris, to my exquisite treatment and the gracious farewell on my departure – I had an exceptional experience. The customer service was exemplary, as you would expect with Dior. I was greeted by spa director Sophie Levy Kraeme who – like the other staff members – was impeccably styled in her Dior uniform. She’s considered to be a French spa expert and certainly understands how to deliver a luxurious experience, having previously worked at Cheval Blanc Courchevel.

Sophie led me through reception to a comfortable armchair in the opulent beige and rose ‘Parisian’ salon and I was taken through an iPad-accessed diagnostic questionnaire which included simple, uncomplicated questions about my age, health and areas I wanted the therapist to focus on during my treatment.

I had an extensive list of no less than 48 enticing treatments to choose from, which had been carefully curated by Sophie and her team, and decided on the one-and-a-half-hour Precious Energy signature treatment which I was told has been designed to ‘promote positive energy and inner wellbeing’.

My Dior ambassador guided me to the Bonne Etoile suite. She was extremely professional and explained the preparation etiquette and checked the room temperature and my music preference before leaving me to undress.

The bed linen was embroidered with a classic Dior quote: ‘Deep in every heart slumbers a dream’ – very apt for this luxurious experience and as I lay on the treatment bed, the ceiling lit up to reveal Christian Dior’s ‘lucky star’, showing my personal horoscope in lights – a unique feature within this particular suite.

My ambassador seemed exceptionally well trained and showed a natural aptitude for customer care. She examined my face and suggested a deep cleanse before my chosen treatment. This involved the energising use of semi-precious stones – rock crystal, yellow quartz, labradorite and agate and a slow back, arms and stomach massage, followed by a relaxing facial.

This started with a traditional thermo-heating mask and followed by a facial massage using dermatologically-tested, high-performance professional products and my personally-chosen fragrances from Dior’s ‘garden of flowers’.

She explained the treatment process, the stones’ effects and the product benefits and regularly checked my comfort throughout. Her expertise regarding treatment protocol, technique and product knowledge was exceptional and I have to say I felt fantastic afterwards. My skin felt light, bright and revived and the Dior floral-fragranced products, which is unusual given the prevalence of unscented products these days, were delightful.

Afterwards, she left me to get dressed and handed me over to a colleague who offered water and a selection of teas and escorted me back to reception – through the boutique – where I enjoyed looking through the range of Bains de Dior purifying mists and Solutions Professionelles – which included active formulae exclusively designed for Dior Spa.

In my opinion, the whole experience was superb. Each treatment has been very well designed and presented within the brochure – although the treatments are expensive by Parisian standards – my treatment cost €350 Euros for the hour and a half, while an average range for the city is €150-180.

However, I’ve had many massage and facial treatments over the years and this was one of the best I’ve ever had right across the board – spa ambience, therapist expertise and attention to detail, plus the quality of the products and my post-treatment feeling of wellbeing throughout my body. I left Dior Spa Cheval Blanc Paris with a big smile on my face! 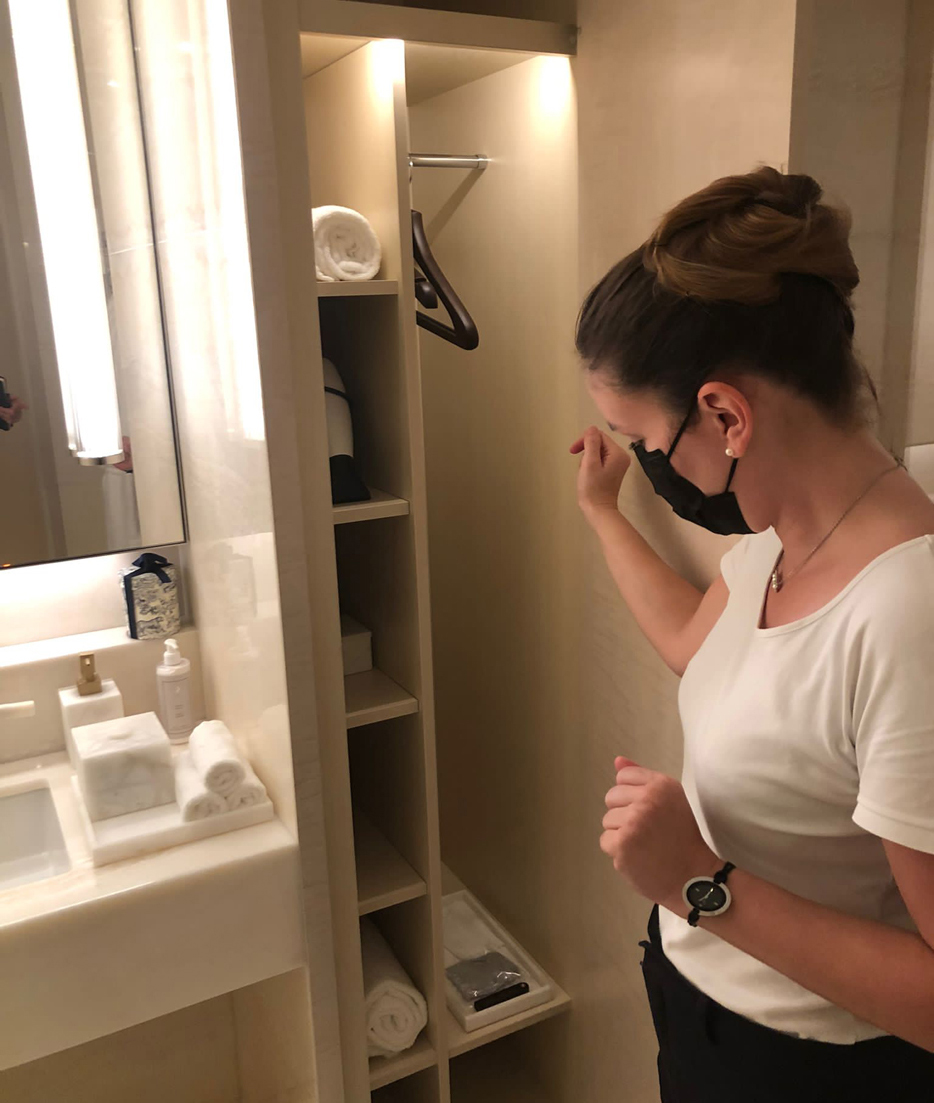 A treatment room at the Dior Spa / photo: ghislain waeyaert

The spa has a well-stocked boutique / photo: ghislain waeyaert