Driving through change
So what can we in the industry do to break down barriers and help people establish exercise habits that stick?

Keep it positive
Don’t assume that just because someone has turned up, they’ll leave feeling positive about their exercise experience. You may need to emphasise and reiterate the progress they’re making.

Provide Social Support
People generally do better in groups –feeling as though someone else is in the same boat is hugely reassuring.

Leave the challenges for later
Focus on frequency and regular attendance before intensity.

Enjoyment is a much better motivator than physical results
Shift the priority from the most effective option, to what they’ll want to come back and do again.

Keep confidence levels high
Breaking a habit into small, achievable chunks with an intensity level people feel they can cope with is key to maintaining a sense of confidence. 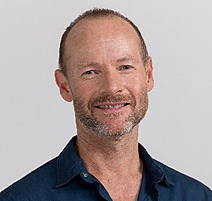